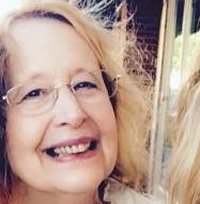 Valorie Broadhurst Woerdehoff, originally from Northern California (USA), has for the last nearly 35 years called Dubuque, Iowa, home. Her poems, including haiku, senryu and rengay, have been widely published. She has judged haiku contests and earned awards for her writing, including haiku, on the local and national level.

a sign
on the cigar shop front door:
“No Smoking”

leaving blankets at the shelter
to cover
my guilt

writing you —
the pen
warming in my hand

wrapping my legs
around your waist --
the door bell