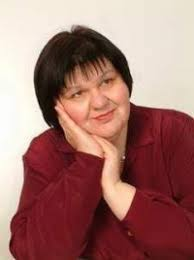 Born 1956, Vidrenjak, Croatia
Residing in Ivanić-Grad, Croatia
Djurdja Vukelić Rožić was born in 1956 in Croatia. She is principal editor of haiku magazine IRIS (print) and IRIS International webzine. She edited and translated a great number of books, joint collections and magazines, including „An Unmown Sky 1(2011) & 2 /2018)“, the anthologies of Croatian Haiku. Besides haiku, tanka, haibun and haiga she publises poetry and short stories. She published 19 of her own books and is a member of several literary and haiku association in Croatia and abroad.

E-mail: This email address is being protected from spambots. You need JavaScript enabled to view it.

on the bath scale...
taking off
her glasses

the snoring battle –
a squabble goes on
in the bed

craning their necks
towards his newspaper
fellow passengers

Magnificent Mile
under a laying man
a stream of urine

the railway station
are there more pebbles or
cigarette butts?

high blood pressure
in the street
salt on the ice

motorbike
and postman in the yard
cat on the apple tree

an art auction-
the new rich acquires
his family past

too foxy a dress
and breakneck hight stilettos
says her grandfather

neighbours in the garden
a smiling Buddha and
a knobby squash