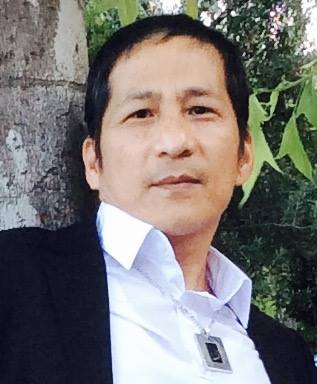 Born: 1967 in Solano, Nueva Vizcaya, Philippines
Residence : Athens, Greece
Ernesto P. Santiago says "He is too small for his ego. He is enough for himself." He lives in Athens, Greece, where he continues to explore the poetic myth of his senses, and has recently become interested in the study of haiku and its related forms.

swatted fly--
am I really dead
to you, dear?

oh, sweet lord
take me when you're ready--
honeycomb

eating at my desk
legally justified
the bee's death

fireflies know nothing about your god

rejected love ...
I bring myself an iris

summer lull deepens
the prison of Socrates
our muted chit-chats

among headstones
at the tomb of the unknowns—
plastic flowers

beach walk
her hips too much
for his eyes